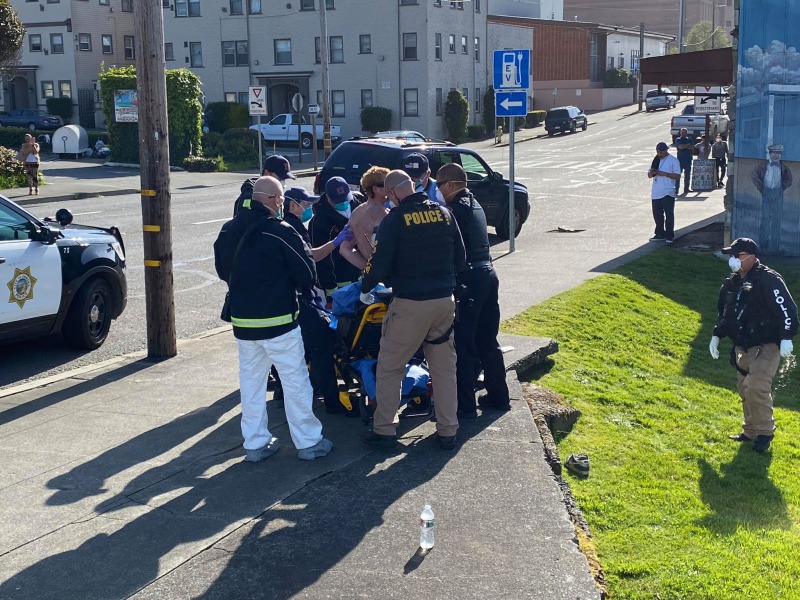 Man being detained by EPD. [Photo and video by Mark McKenna]

About 5 p.m.,  Eureka Police responded to the report of a person in possession of a stolen bicycle near 4th and L Streets. When a Eureka Police was questioning the suspects, another individual who was highly intoxicated arrived on the scene.

That individual refused to follow commands, Sgt LaFrance of Eureka Police said. The man was eventually tasered and taken to the hospital.