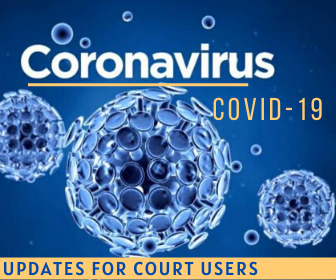 At its meeting today, the Judicial Council approved 11 temporary emergency rules, including setting bail statewide at $0 for misdemeanors and lower-level felonies to “safely reduce jail populations” and staying eviction and foreclosure proceedings to protect Californians from losing their homes during the COVID-19 pandemic.

This was the second emergency council meeting of court and branch leaders from around the state to consider further measures to ensure California courts—which remain open as “essential services” under Gov. Newsom’s stay-home executive order—can meet stringent health directives while also providing due process and access to justice.

“We are at this point truly with no guidance in history, law, or precedent,” said Chief Justice Tani Cantil-Sakauye, chair of the council. “And to say that there is no playbook is a gross understatement of the situation. In developing these rules, we listened to suggestions from our justice system partners, the public, and the courts, and we greatly appreciate all of the input. Working with our court stakeholders, I’m confident we can preserve the rule of law and protect the rights of victims, the accused, litigants, families and children, and all who seek justice. It’s truly a team effort.”

Among the actions the council approved, to go into effect immediately:

The council previously approved a number of temporary measures at its first emergency meeting Mar. 28 to give courts flexibility to continue to provide essential services to the public while protecting health and safety during the pandemic.

For a complete list of emergency orders taken by the California court system in response to the COVID-19 pandemic, see the California Courts Newsroom.

What I sent you is the emergency regulations just announced and effective April 6, 2020 for all California Courts. I didn’t think I saw them on the website but perhaps I missed them. This document is different from the Sheriff’s announcement, the Humboldt Court’s announcement(s), and the governor’s announcement(s). The Judicial Council makes statewide court rules. Two very important things in these rules: both evictions and foreclosures may not be acted on by the courts until 90 days after the governor declares the emergency is over. This is not restricted to people with problems caused by the virus, even indirectly, it applies to everyone. As a landlord it is my worst nightmare, as a lawyer trying to prevent an eviction, it is manna from heaven.

Regarding bail: Setting bail at zero is different from saying “no bail.” The court’s always had the discretion to release people on O.R., i.e. no bail. This order says if you think bail would be appropriate you must set it at zero for a whole bunch of violations – mostly misdemeanors and non-violent crimes. Nationwide there is a huge concern about the virus in the jails and prisons and most jurisdictions are releasing as many prisoners as they feel relatively safe about doing. Many prisoners are in jail because they can’t afford bail. This emergency rule prevents adding to that number except for heavy duty crimes. The rule applies to existing prisoners, also.

All personal appearances are non-mandatory. In regular times many instances require the defendant to appear live and in person, and sometimes just the lawyer. Now it’s almost always just the lawyer.

I’m not discussing the various civil rule changes because that is not my area. I see it extends all restraining orders, and for civil actions already filed extends the time to bring to trial from 6 months to five years and six months. It tolls (extends) the statute of limitations on civil causes of action starting April 6 and extending to 90 days after the governor says the emergency is over. In a way the entire legal system is put on hold for months.