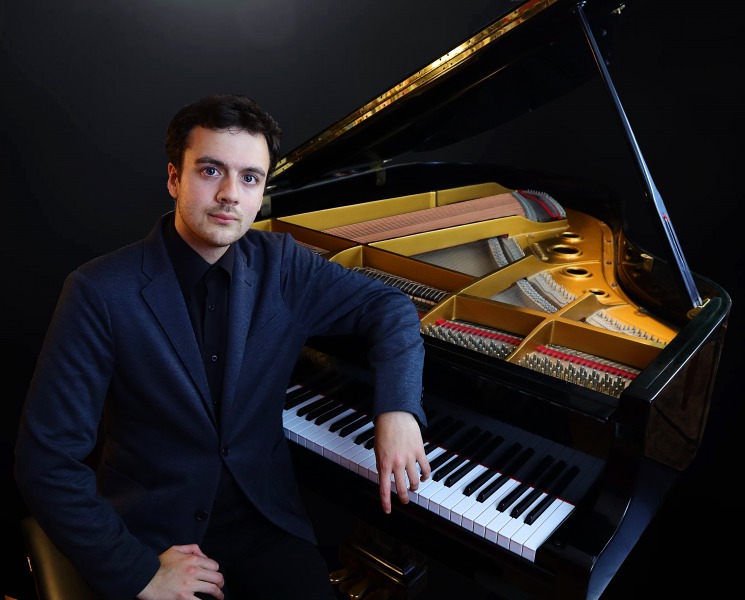 This is a press release from the HSU Department of Music:

Please join the HSU Department of Music and pianist Ryan McGaughey as they present an evening of solo piano arrangements called the “Final Fantasy VII Collections” on Friday, February 21st at 7:30 p.m. in Fulkerson Recital Hall.  A graduate of Humboldt State University, McGaughey has been a video gamer since he could hold a game controller, and the repertoire for this piano concert will be comprised exclusively of the music from the 1997 PlayStation 1 game Final Fantasy VII. The timing of this Guest Artist Series concert is meant to coincide with the release of the Final Fantasy VII Remake, slated for April 10th, 2020.  The music is written by one of his favorite video game composers, Nobuo Uematsu, and this special collection of piano arrangements is written by the Japanese anime composer, arranger, and orchestrator Shiro Hamaguchi. McGaughey will perform all thirteen pieces that Hamaguchi has adapted for piano from the Final Fantasy VII soundtrack. To accompany the music, there will be gameplay footage of Final Fantasy VII projected on a screen and there will also be a little interactive game for the audience to play throughout the performance. At the end of the concert, McGaughey will give away a copy of the Final Fantasy VII Remake to one lucky winner.  Please note that this concert starts at 7:30 p.m.  $15 General, $5 Child, and $5 for HSU Students with ID.

When video gamer Ryan McGaughey started piano lessons at age 12, it came as no surprise that he began playing music from video games on the piano. In fact, it was playing video game music that hooked him on the instrument to begin with. Having given up on piano lessons after just a few months, his curiosity about the piano was reignited when he came across a recording of the Video Game Pianist (aka Martin Leung). Through the Video Game Pianist, who was in fact a classically trained musician, McGaughey discovered classical music and realized he enjoyed it. He ultimately enrolled at Humboldt State University, where he studied piano under Dr. Daniela Mineva, and went on to earn a bachelor’s degree in piano performance. He then received a master’s degree in piano performance from the Eastman School of Music in Rochester, NY, where he studied under Prof. Alexander Kobrin. His piano studies have led him to receiving many accolades, including winning the concerto competitions at the North State Symphony, the Eureka Symphony, and Humboldt Symphony. He has also been a participant and performer in music festivals such as the Round Top Music Festival in Texas and the Atlantic Music Festival in Maine.  For the 2019 fall semester, he was appointed to the piano faculty at Humboldt State University.  In addition to being a pianist, McGaughey is also a composer and arranger, and often plays his own works for solo piano. In his free time, he enjoys playing video games, of course, and is enthusiastic about the outdoors, fishing, hiking, and backpacking.