CHP Officers Save Suicidal Subject Near Confusion Hill This Morning 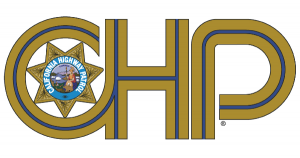 On February 15, 2020, at approximately 0235 hours, in the CHP Garberville Area, a Garberville unit encountered a pedestrian sitting on the bridge railing of the elevated bridge over the Eel River, on US-101 just north of Confusion Hill. The officers contacted the subject who was extremely intoxicated and determined he was preparing to commit suicide by jumping from the bridge railing. The officers were able to calm the subject and talk him down from the railing. The subject was acting erratic and became uncooperative, moving toward the bridge railing again. The officers acted quickly, taking the subject to the ground and placing him in custody. The subject was transported to Ukiah Valley Medical Center where he was turned over to Mendocino County Mental Health for an evaluation. No injuries were sustained by the subject or involved officers. Incident command was established and maintained by the CHP.