About 4 p.m. Wednesday, Shelter Cove Fire Department responded to a report of an escaped debris fire in the Telegraph Road area, said Cheryl Antony, spokesperson for the department. But instead of one debris fire, they found multiple fires whipped by the wind into the nearby trees.

“I don’t even know how many there were,” Antony told us.

“If someone hadn’t reported [the flames,] it would have spread,” she explained. “It was so windy.”

Antony said someone “living illegally in a camper, cleared all those trees. Then just started fires at the end of a cul de sac.”

The fires ended up burning approximately 1/4 acre, according to Antony. Shelter Cove Fire worked on the incident for about four hours. A Cal Fire engine assisted them. “All hands on deck for several hours,” Antony said.

Then she added, “It is dry…Everyone needs to be careful…Even if they have a burn permit and even if it is a burn day, they have to use good judgement.” 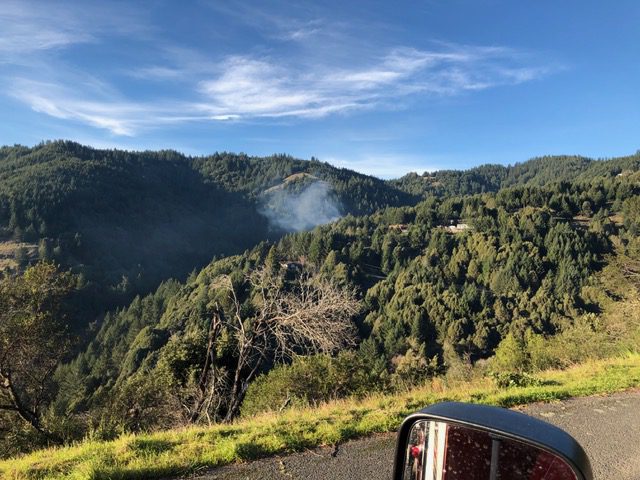 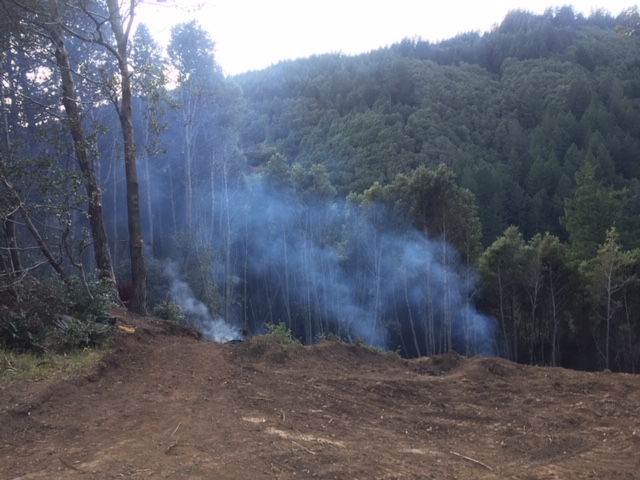 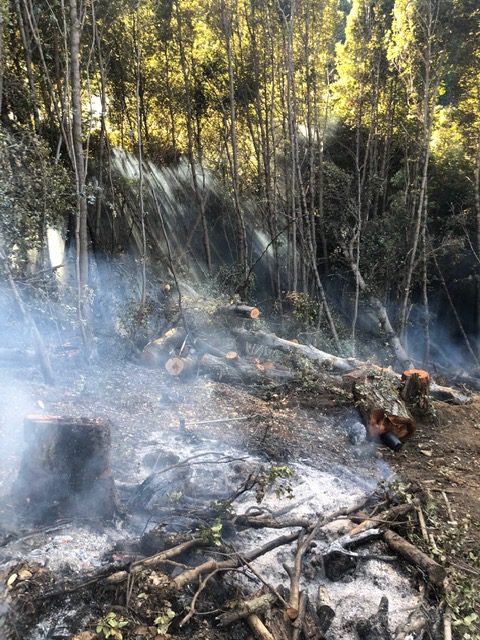 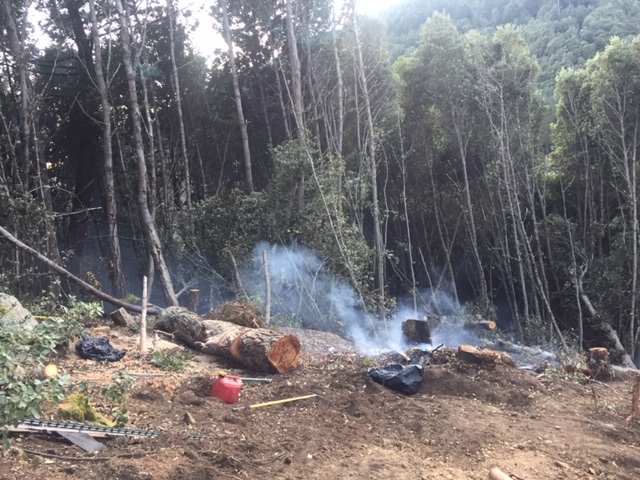