Driver Charged With Stealing Money Multiple Times From US Mail

This occurred outside of our usual area but it’s of interest.
Press release from the Northern District of California’s US Attorney’s Office: 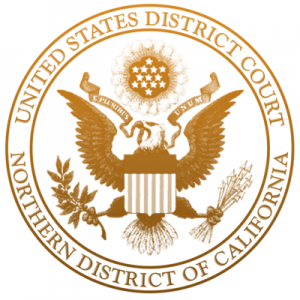 According to an affidavit filed by a postal inspector of the U.S. Postal Inspection Service, Rocha, 50, of Fresno, Calif., was employed as a driver by an independent trucking company that supplies transportation services to the U.S. Postal Service (“USPS”). Rocha transported U.S. mail, as well as money and other USPS property, from post offices in Sonoma County to a USPS processing and distribution center in San Francisco.

As stated in the affidavit, on January 21, 2020, Rocha took custody of and signed for a mail bag from the Healdsburg Post Office. Surveillance showed Rocha carry what appeared to be the same bag to the cab of his truck before leaving Healdsburg. Rocha then drove to the Santa Rosa Main Post Office, where surveillance indicated that he disposed of a torn USPS remittance pouch used to store cash for transport. From Santa Rosa, Rocha drove to San Francisco, where he was arrested. A search of the cab of Rocha’s truck revealed a stack of over $5,000 in cash. Serial numbers on the bills matched those placed in the mail bag at the Healdsburg Post Office.

The affidavit suggests that Rocha has stolen the cash inside of mail bags on a number of occasions and that he used the money to pay bills, buy drugs, and buy a Corvette.

Rocha made his initial appearance this morning in federal court before Magistrate Judge Sallie Kim. Magistrate Judge Kim released Rocha on a $50,000 bond and scheduled his next court appearance for February 11, 2020, for preliminary hearing or arraignment.

A criminal complaint merely alleges that crimes have been committed, and all defendants are presumed innocent until proven guilty beyond a reasonable doubt. If convicted on the charge in the criminal complaint, the defendant would face a maximum sentence of 10 years’ imprisonment, three (3) years’ supervised release, and a fine of $25,000, plus restitution if appropriate. However, any sentence following conviction would only be imposed by the court after consideration of the U.S. Sentencing Guidelines and the federal statute governing the imposition of a sentence, 18 U.S.C. § 3553.

Assistant U.S. Attorney Kevin Rubino is prosecuting the case. The prosecution is the result of an investigation by the U.S. Postal Inspection Service.