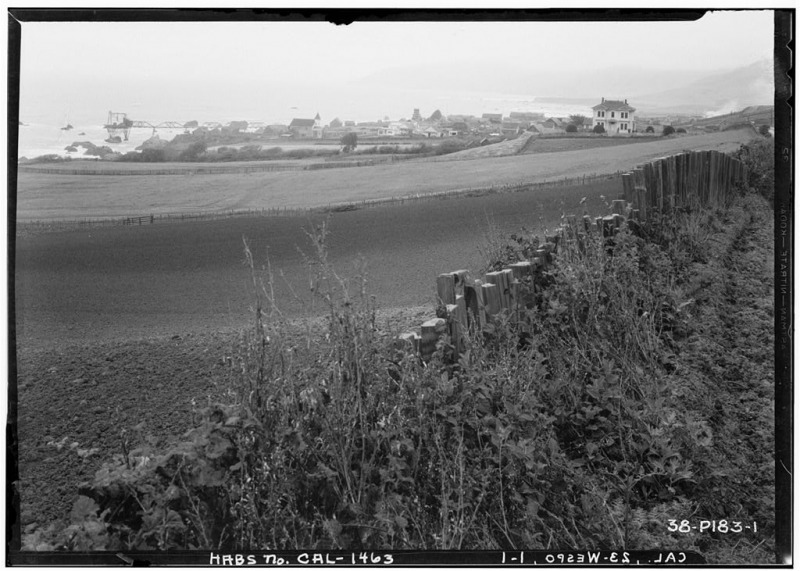 On May 6th of 1882 the Chinese Exclusion Act was signed by the President having been passed by the US Congress. This was the first U.S. immigration law to exclude an entire ethnic group. It prevented Chinese laborers from immigrating to the United States and denied those here the possibility of American citizenship. Fanned by an anti-Chinese press, resentment against the Chinese continued to grow, despite their economic “usefulness” as menials and cheap laborers.

In July of 1882, a few weeks after a group described as “worthless loafers” formed an armed mob and forced Chinese mill workers to leave their jobs near the town of Westport, the most detailed account of the incident appeared in the news.

After marching the Chinese millworkers south, the mob retreated to their headquarters in Westport saloons. When offered the jobs “at white man wages” that the Chinese were forced to vacate, the rowdies declined to take the jobs.

By 1889 there were at least six saloons in Westport. To state the obvious, alcohol was the drug of choice back in the day. One news article decrying the tax on whiskey stated that in 1860 there were 90 million gallons of whiskey consumed in America by a population of some 30 million. The latest issue of National Geographic confirmed these three gallons per capita alcohol statistics which do not take into account for more than half of the population being mostly non-drinking women and children. One newspaper article from this time period asked the question “Are We A Drunkard Nation?” The influence of ubiquitous alcohol consumption on history finds a clear example in the following article.

PBS did a fine series presentation on THE CHINESE EXCLUSION ACT that may be of some interest.

Finally, after a lapse of two weeks since the riot at Westport, Mendocino county, the Dispatch-Democrat brings particulars of the shameful affair. It seems that for some weeks previous to the demonstration a crowd of strangers has been gathering at Westport, where secret meetings were held. It finally developed that the real intention was to drive off the Chinese employees in the mills. On the night of the 9th, according to the paper above quoted, the gang, numbering 25 or 30 men, all armed with Winchester rifles or 6-shooters, proceeded to the Wedges(sic Wages) creek mills owned by McPhee, Gordon & Gill, and Graham & Com., and after gathering all the Chinamen employed drove them in a body down the coast to a point below Kibesillah, where they were turned loose and warned not to return. The nature of the mob may be judge of by the following from the Dispatch-Democrat:

This action practically closed the mills, as the loss of the Chinamen reduced the number of laborers to such an extent as to render it impossible to close down, the mill owners then offered the rioters the places which has previously been filled by Chinamen, at largely advanced rates, but one and all declined to work and have since spent their time in drinking, carousing and offering indignities and threats to all who do not indorse their unlawful proceedings. The closing of the mills would be a great loss to the people of that neighborhood, and benefits a number of citizens, on Saturday, went down the coast and gathered together a large portion of the evicted Mongolians and escorted them back to the mills, where they now are, armed and ready for any emergency. We learn that no serious damage has been done beyond the stopping of the mills. One Chinaman had his queue cut off by one of the mob, and another one was robbed of orders amounting to about fifty dollars.

A healthy state of affairs, to be sure. The gang of lazy rowdies who would not work themselves or allow the Chinamen to work, made Erickson’s saloon their head quarters, drinking, carousing and threatening destruction to life and property. There is no shadow of excuse for such cowardly doings, and we are glad to read that the mill-owners had determined not to be longer dictated to by them, but had armed the Chinamen and set them to work again. At last accounts Sheriff Donohue had lodged a number of the ringleaders in the Ukiah jail. At any point on the Mendocino coast there is labor for all the white men and Chinamen that offer, but these fellows are not looking for employment, and not willing to let men who desire to do so earn an honest livelihood. If white men were crowded out of working positions the case would be different. As it is we hope the Mendocino millmen will maintain their present attitude to the last, and the ringleaders in this disgraceful riot will be provided with work inside the wall of the State institution at San Quentin.