Press release from the City of Fortuna: 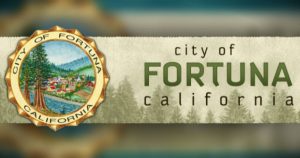 The City of Fortuna will once again be hosting a promotional give-away for Exceptional Quality (EQ) Class A compost for beneficial reuse as a soil amendment to your property or place of residence beginning on Monday, December 16th and continuing until Friday, December 20th.

Loading hours will be from 9am to 3:30pm each day at our facility located at 180 Dinsmore Drive. As per the City’s Biosolids Management Plan, the public will be limited to 21⁄2 cubic yards (roughly one full-size pickup truck load) of material per address per year. Small pickup trucks should hold 11⁄2 cubic yards. Everyone will be required to sign a “Hold Harmless” release of liability, when picking up the compost. Drivers must have proper tarps for covering compost while transporting from the facility. Tarps are NOT provided by the City. No pickups with canopies will be loaded by City staff.

UPDATE: “CITY OF FORTUNA IS NOW OUT OF FREE COMPOST”

Leave a Reply to another guest in the wall Cancel reply