Hwy 101 Open! But Kincade Fire Has Burned Over 100 Square Miles, Only 5% Contained 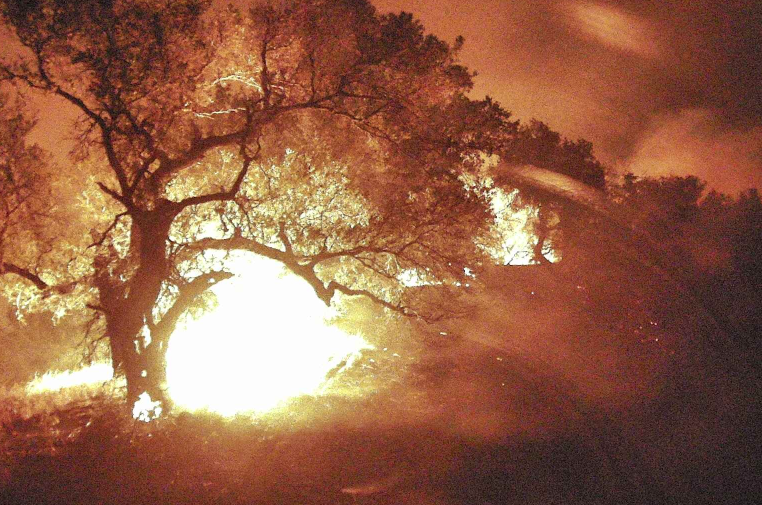 This morning, the Kincaide Fire is estimated to be 66,231 acres–about 12,000 acres larger than it was last night. It is now over 103 square miles and is only 5% contained. The good news is that Hwy 101 has reopened to through traffic after being closed for hours yesterday.

High winds and low humidity brewed up a dangerous mixture for those living in the area of the Kincade Fire. According to Senator Mike McGuire “Overnight, the #KincadeFire burned toward the hills in north Santa Rosa. Currently, the fire is moving toward the Tubbs Fire (2017) burn scar. The fire was aggressive – there were some homes lost in the Faught Road/Shiloh area.”

With damage assessments still ongoing, Cal Fire says that 96 structures have been destroyed so far and 16 damaged.

Evacuations orders and warnings grew yesterday and with a Red Flag Warning until 11 this morning and high winds expected tomorrow, there will probably be an expansion.

According to the Northern California Geographic Coordination Center,

The fire is generally burning to the south with the northern areas of the fire burning in remote and very steep terrain…Evacuations orders and warnings remain in place for the cities of [G]eyserville, Healdsburg, Windsor, Guerneville, Jenner, Bodega Bay, Mark West Springs, and portions of the city of Santa [R]osa. Approximately 185,980 people remain evacuated. Potential for the fire to impact densely populated areas remain. There is a threat to power-lines, geothermal power generation units,communication infrastructure,critical watershed and local community water delivery systems.

Time lapse of the #KincadeFire Very active fire behavior fueled by strong and gusty winds. Notice the cam is shaking too. View is from Mt St Helena #cawx #cafire pic.twitter.com/gwqXG9CzYM

This happened earlier today in Windsor. Spot fire on a roof got into an attic. This fire fighter ripped tiles off the roof by hand to get at it and put it out. House saved. @nbcbayarea #KincadeFire pic.twitter.com/YhVeh1lBGZ

A Red Flag warning is still in effect over the Kincaide Fire until 11 a.m. and then on Tuesday winds are expected to rise again. Humidity is critically low–running between 7 and 30% depending on the area. 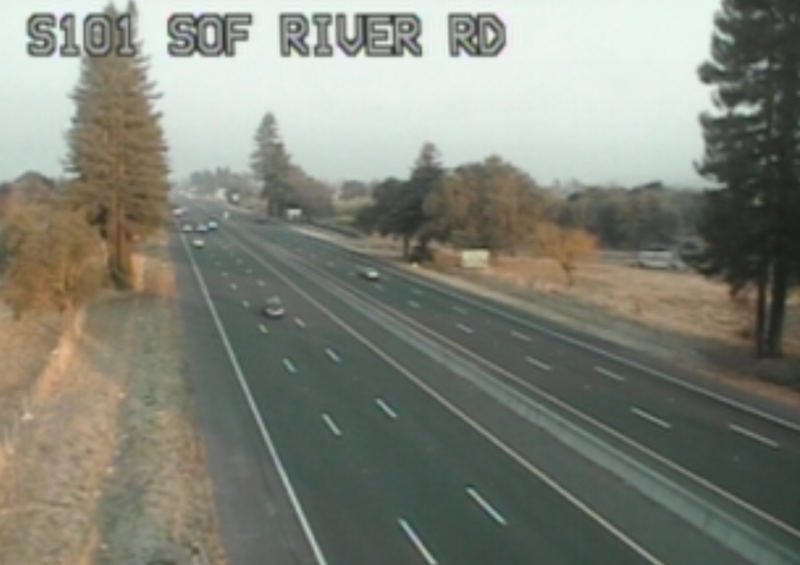 Hwy 101 has now reopened in both directions and traffic looks great as of 8 a.m. However, many secondary roads are closed. Check Caltrans Quickmap for details.

Resources on the Kincade per Cal Fire on 10/28

Thank you Kym! No media source down here in the Bay Area is reporting on the 101 opening.

I just spent the last 20 minutes trying to find that info- how silly of me not to try your site sooner! Thanks Kym, you are really, truly a hero.

sad turn of events. Thnx Kim for reporting this

San Francisco’s Woodstock nation& the Hog Farm need to rise up & welcome evacuees to Golden Gate Park…what other event could bring an extra 100,000 people to SF on no notice? It’s time to go to the Park, play music, tell stories, eat food, drink beer& wine…and smoke legal weed!!! Being generous, having a good sense of humor will help people through this drastic event. Roll some good old fashioned joints & pass em around to restore & resurrect a bunch of Peace & Love!

Wow. That fire sure took off again last night. I am praying for those who have lost their homes, been evacuated, and just plain scared to death. Stay safe everyone. PLEASE leave if asked to, don’t hang around. A huge thank you to all the firefighters and others involved in trying to stop this monster. Be safe firefighters. Leave before you need to deploy your shake and bake shelters. God Bless.

Yeah, God always shows up when we need HIM.