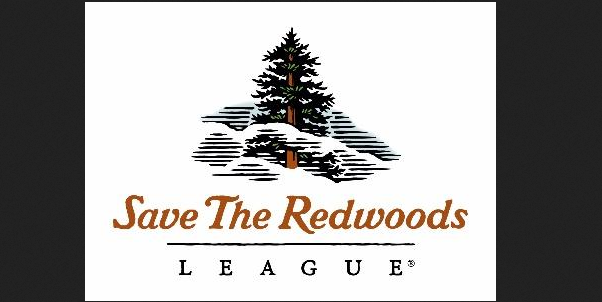 The following is a press release from the Save the Redwoods League:

Save the Redwoods League, the 100-year-old organization devoted to the protection of California’s iconic coast redwoods and giant sequoia, announced the promotion of two staff to leadership roles in the organization’s science and restoration programs. Dr. Kristen Shive is Director of Science and Richard Campbell is Director of Restoration, a newly created position. Shive, a fire ecologist by training, joined the League in 2018 as a senior scientist. Campbell has been with the organization for seven years and most recently served as the League’s Forestry Program Manager.

“The League has been committed to science since its founding in 1918,” said Paul Ringgold, chief program officer for the League. “Kristen and Richard each have shown incredible leadership capabilities in their respective areas. As the League engages in implementing the many initiatives laid out in our Centennial Vision, we are fortunate to have them help guide our work as we enter our second century.”

As Director of Science, Shive will direct all aspects of the League’s scientific research programs, including the Redwoods and Climate Change Initiative, Redwood Genome Project, Research Grants program, and understanding fire and drought effects in the giant sequoia range. Shive has more than 10 years’ experience working in forest and fire management in U.S. national parks and is a member of the Association of Fire Ecology. Shive also holds a seat on the Science Advisory Panel of California Governor Newsom’s Forest Management Task Force. Prior to her work with the League, she served as a fire ecologist for Yosemite National Park in California. Shive holds a Ph.D. in Environmental Science, Policy and Management from University of California, Berkeley; a Graduate Certificate in Geospatial Information Science & Technology from UC, Berkeley; an M.S. in Forestry from Northern Arizona University; and a B.A. in Anthropology and English from the University of Illinois.

As Director of Restoration, Campbell will oversee and direct the League’s entire suite of land stewardship and restoration projects, including the large-scale restoration of Redwood National and State Parks, a program known as Redwoods Rising. In his former role as Forestry Program Manager, Campbell guided the League’s restoration program and oversaw its fee and conservation easement properties. Prior to his work with the League, Campbell spent five years managing Yale University’s network of research and demonstration forests.  He holds a Master of Forestry degree from the Yale School of Forestry and Environmental Studies and a B.A. in Environmental Studies from the University of Chicago.

Save the Redwoods League:

One of the nation’s oldest conservation organizations, Save the Redwoods League has been protecting and restoring California’s iconic redwood forests since 1918. In the process, the League has connected generations of visitors with the beauty and serenity of the redwood forest. The League’s 24,000 supporters have enabled the organization to protect more than 216,000 acres of irreplaceable forest in 66 state, national and local parks and reserves. For more information, please visit SaveTheRedwoods.org.

Same ol same ol. Scientists who know better than the earth. Industrial science never saved anything. Scientists serve academia and industry, not nature. These keyboard pushers and statistics slaves exist to reinforce postmodern consumption civilization. Every finding, each field note, will merely reinforce the status quo for industrial forestry and white guilt “environmentalism.” The trees moan and the earth groans while science marches on.

At least they don’t picket, chain themselves to equipment, block roads, and sit in trees, etc. They have done and know than you will ever know Juan. You get your information for the Epic group?