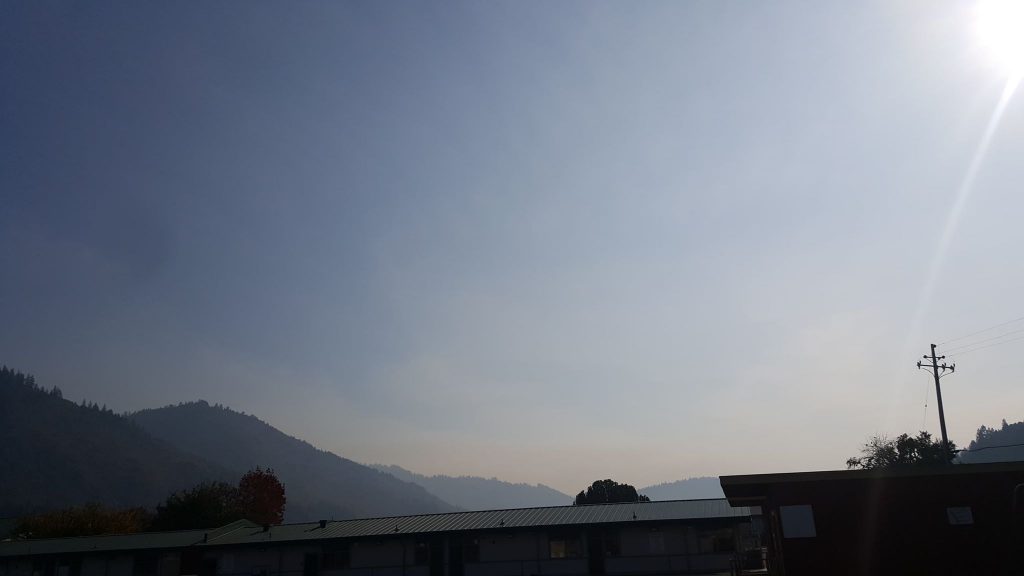 Smoke from the Signboard Fire rising over Hoopa. [Photo by Wes Crawford]

An escaped prescribed burn has spread over 30 acres of steep terrain east of Hoopa about six miles, according to Peggi Lawrence, Public Affairs Specialist for Six Rivers National Forest. Yesterday afternoon, the Signboard Fire rolled downhill from a planned burn started last Thursday by Hoopa Tribe to manage the forest.

Hoopa Tribe and Six Rivers now have formed a unified command with the Hoopa Tribe,” explained Lawrence. “The southern edge of the fire has 15% containment.”

She said that at this time there are two helicopters, two hand crews, three engines, two dozers, and miscellaneous overhead personnel for a total of 75 people working on the fire.

“[The fire’s] not putting out big flames,” Lawrence said. “It is creeping and smoldering. It is not crowning.”