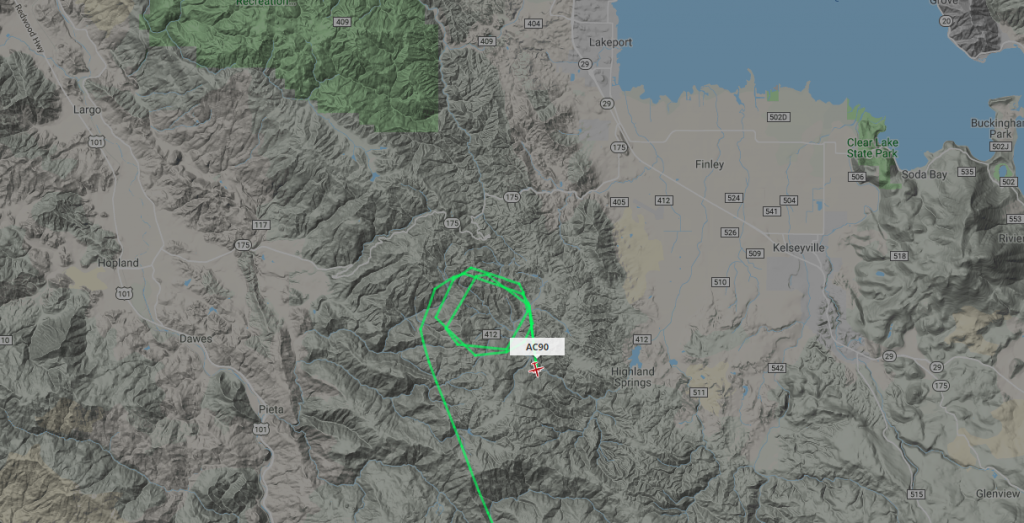 Map of area of the fire showing air command circling the fire. [Image from Flight Tracker]

A new fire, called the Ridge Incident, which started west of Kelseyville and east southeast of Hopland has a potential to reach 100 acres, according to information given by fire personnel over the scanner.

The first report of a fire came in a little after 2 p.m. According to the scanner about 2:30 p.m., the fire was already 10 acres and spreading east at a moderate rate of speed. The fire is burning west of Highland Springs. 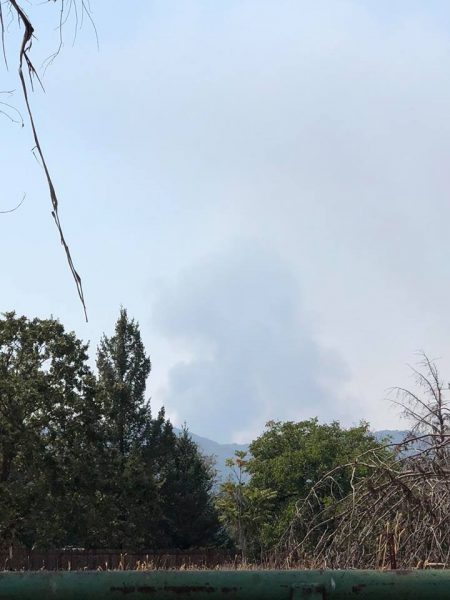 Smoke from the Ridge Incident rises against a background of smoke from the still burning Ranch Fire on the Mendocino Complex. [Photo by Jody Mariani]

UPDATE 3:20 p.m.: The fire is now 30 acres headed east with a wind blowing from the west. There is a structure about 1/4 mile in front of the fire, according to an update from the Incident Commander over the scanner.

UPDATE 3:52 p.m.: The Incident Commander reported that the fire is now 40 acres but retardant has slowed it’s forward advance. Several tankers have now been released from the fire, according to the scanner.