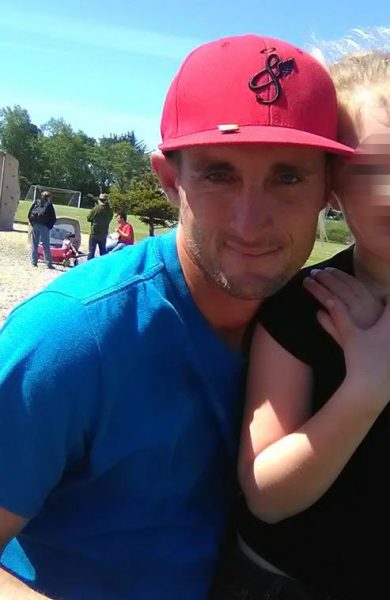 The Humboldt County Sheriff’s Office needs the public’s help to locate a Kentucky man reported missing from the Trinidad area.

Basil Tolson, 32, of Hazel Green, Kentucky, was reported missing to the Humboldt County Sheriff’s Office on July 25, 2018. Tolson last contacted a family member on June 2, telling them that he was working on a cannabis farm in the Trinidad area. Tolson may have possibly last been in the Freshwater Lagoon area.

“Basil Tolson lights up in Arcata, Calif. Tolson, who lives in Kentucky, said he appreciates the medical benefits of cannabis and hopes it will become legal in his home state.”

Guest
Hope he gets found
Reply to  Sky pilot

That’s crazy he’s missing but in the Washington post! First off Trinidad is the foggiest spot in Humboldt. There aren’t any “cannabis farms” in Trinidad that require out of state workers. Second if he’s on the plaza hanging with those folks In the pic smoking weed out of a pipe in public for the Washington post he’s most likely doing other drugs and hanging with a pretty ruff crowd that’s not involved in professionally growing cannabis or care to work at all. Pretty much lazy bums that want to leach off the community and piss in businesses doorways. Looks like his family should comb the Arcata plaza for a week asking all the street kids if he’s been seen. If you’re working on a real cannabis farm you don’t have time to hang out on the plaza and smoke bowls.

Guest
Doug
Reply to  Hope he gets found

Looks more like he is hanging with homeless, not working. That could be dangerous.

Extraordinary. What clues do you have that no one else has?

Guest
Someone
Reply to  Hmmmmm!

Did you read the link provided? Or just being sarcastic? Literally a picture of him smoking a pipe, with bums. His name in the caption under the photo.

Guest
Hmmmmm!
Reply to  Someone

That’s sarcasm.
A scene of a guy taking a puff doesn’t explain sheet.

Kayle Joseph Nordby: 'Everyone loved him'

All the artworks shown had a bit of a creepy side which prev...

If you spread the white part of chicken shit on your face yo...

Thank you for the info, Kim! Merry Christmas and a very Happ...