This is a press release from the South Fork High School Softball team: 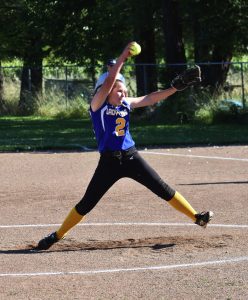 [All photos provided by Crystal Salomon]

On May 29, The Division VI No. 4 South Fork Lady Cubs traveled to Geyserville for their first ever North Coast Section Championship matchup against second-seeded Geyserville Highschool Broncos.

A majority of the Lady Cubs players have quite a long history together, playing softball together since they were very young. This helped create a great bond and chemistry among the squad.

They started off the first inning with freshman Joslin Todd hitting a standup double, with junior Regina Salomon allowing Todd to score after taking off for first base on a dropped third strike, causing an overthrow from catcher to first baseman. Lady Cubs only score one, but it’s enough to be excited.

Broncos then take the plate with high hopes. They hit two singles, but the Lady Cubs impressive defense did not allow them to score, with help from a double play by Centerfield Junior Anjoiena Girard.

In the second inning, the Lady Cubs gained huge momentum with an 11-run rally.

Sophomore Kaylie Pogue hit a single, followed by a beautiful bunt by freshman Alani Christiansen. Followed by a a pair of doubles each with two RBI’s by sisters Joslin Todd and Junior Jasmine Todd. The team doesn’t let up with a single by Freshman Kaylee Valk, a double with two RBI’s by Senior Kylee Girard, a single by Senior Kamia Way with an RBI, two impressive triples each with an RBI by Christiansen and Savio. Joslin Todd squeezes in one more single with an RBI before the Broncos put a stop to the rally.

In the bottom of the second, the Broncos are swinging hard but end up with a three up, three down shut down by a great performance at the plate by Joslin Todd and an aggressive defense. Leaving the score 12-0. 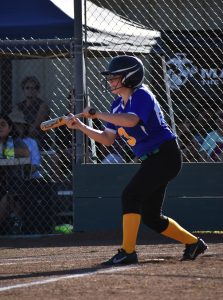 In the third, the Lady Cubs fell a bit flat, with only Jasmine Todd taking a walk. The Broncos gaining momentum off the Cub’s no action inning manage to string together a series of singles and walks to score two runs. Bringing the score to 12-2.

Despite the Lady Cubs somewhat tough season, the team is no stranger to being ahead on the board, even against competitive teams like the Hoopa Valley Warriors. The Lady Cubs downfall has been not being able to keep a lead and losing from errors and falling flat late in the game. So despite their lead in the game, Head Coach Lisa Todd and Assistant Coach Kassie Humphrey know anything can happen, even this late in innings. So, they instruct the team to keep working hard and keep their heads in the game.

The Lady Cubs please their coaches by chipping away in the fourth to score three more runs, with a single by Christiansen, a single and RBI from Salomon, also a double with an RBI by Savio and Joslin Todd.

The Broncos are not ready to call it a game, they hit two singles and a double with an RBI to bring their score up to 3. The Lady Cubs can almost feel the championship medals being placed over their heads, but they tell themselves that this next inning is where they need to leave it all out on the field, hold nothing back, don’t leave the game feeling like you could have given more. Put the nail in the coffin, so to speak.

And the Lady Cubs did not disappoint. 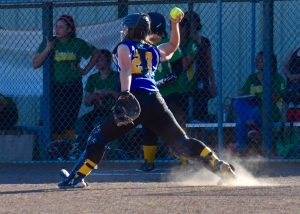 Kylee Girard then takes the plate and slams a double to bring in all three runners. Leaving the score at 22-3.

Broncos take the plate in the bottom of the fifth and put up two more runs in an attempt to overcome their large deficit. However, a line drive is hit to shortstop Regina Salomon who puts an end to the Broncos two out rally, and ends the game. 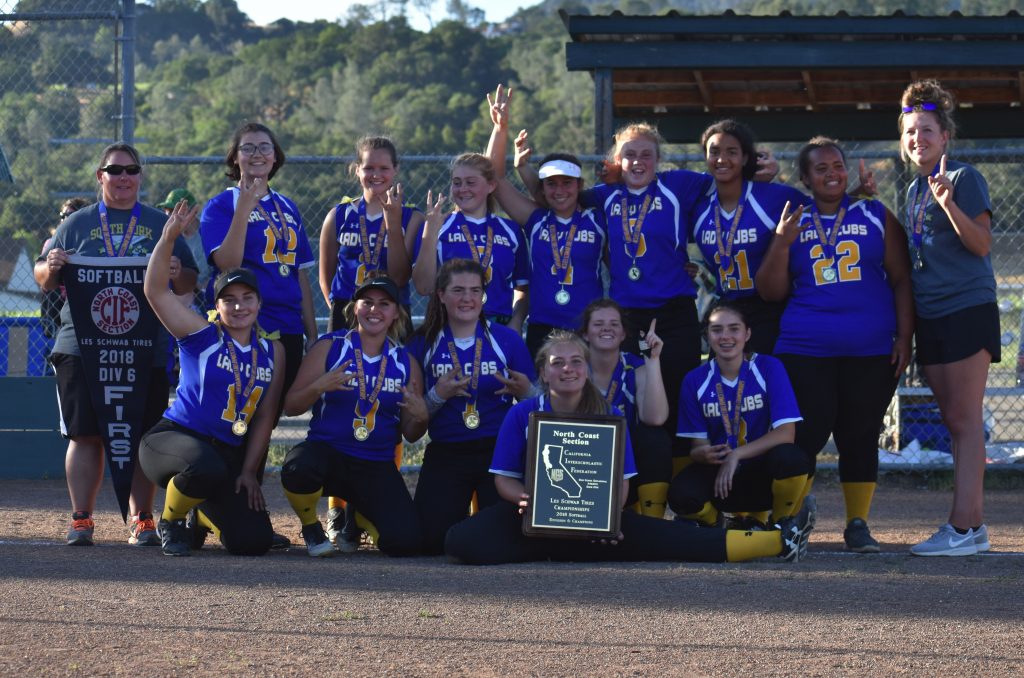