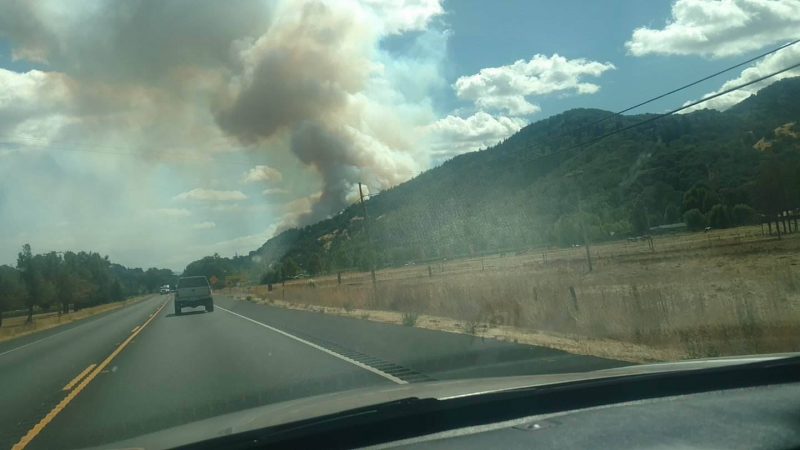 A large wildland fire is burning north of Hopland. [Photo by Jonathan Beck]

Currently, two structures are threatened by 40-acre fire burning near Hwy 101 north of Hopland at approximately 1:38 p.m. One southbound lane of 101 is closed.

The fire started at approximately 12:37 p.m. 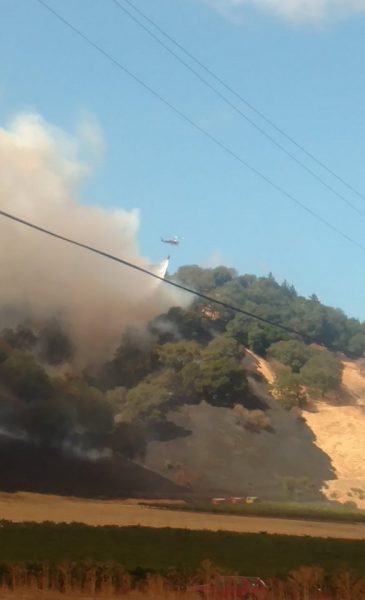 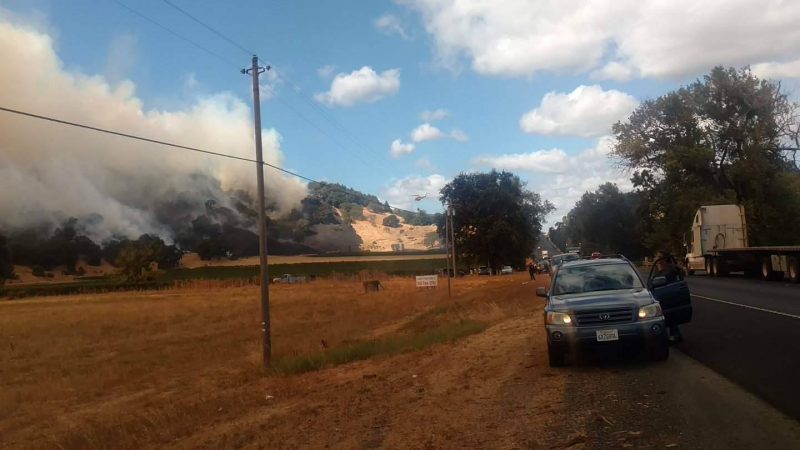 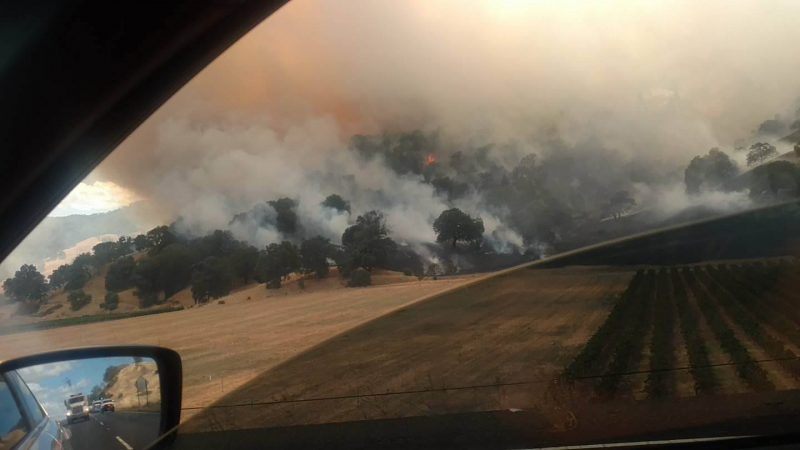 Click here and watch on Facebook if the above doesn’t work for you.
UPDATE 3:30 p.m.: Cal Fire tweeted, “[A]pprox 100 acres-personal at scene-8 aircraft-12 Engines-4 Crews-4 Water Tenders-8 Chief Officers-2 Dozers.”
UPDATE 3:31 p.m.: Caltrans and CHP are no longer showing that one lane of 101 is closed.

UPDATE 4:35 p.m.: Cal Fire tweets that they still have 0% containment on this blaze.

Burn baby burn,they have our Eel river water to put it out with…let it burn!

Hopland is in Mendocino County.

The water that is diverted from the Eel goes to Lake Mendocino and then down the Russian River which flows through the Hopland area.

What is wrong with you?!

Please get the animals out of there’

Oak woodland needs to burn every so often.Destroyed most of
them for grapes.