[UPDATE Monday] Plane Accident Near Fortuna; Horses Are Okay and So Is the Pilot

A horse examines the evidence. [Photo provided by a reader]

Just before 4 p.m., a 1947 North American Aviation Navion plane had an accident near the intersection of Drake Hill Road and Hillcrest Drive in South Fortuna which is near the Rohnerville Airport.

The details are unclear but according to Shellie Mendes, a witness, “There was no engine sound at all while [the] plane was coming down.”

The pilot received no injuries in the incident. And, according to Mendes, the horses in the field were all okay.

At this time we don’t know if the owner of the plane who is listed as a John Norberg of Eureka was the pilot. 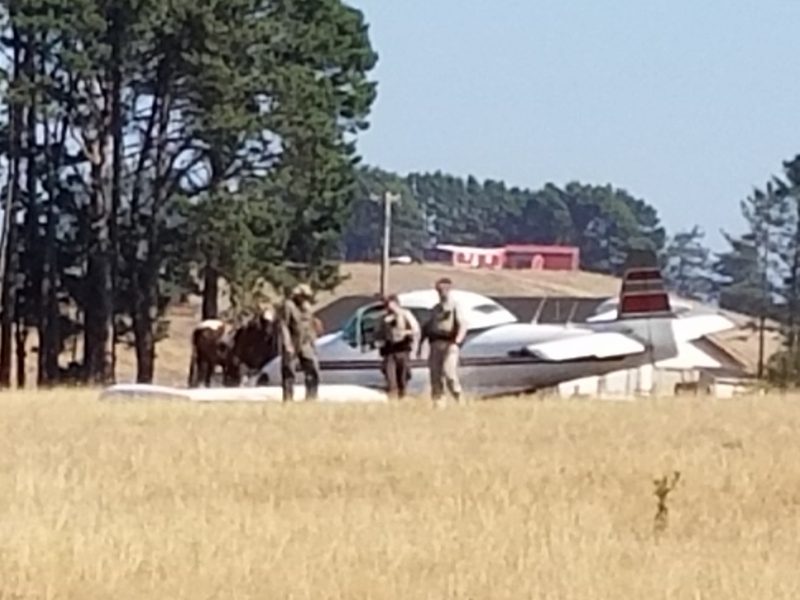 On Sunday, 08/27, Humboldt County Sheriff’s Office deputies responded to Drake Hill Road and Hillcrest Drive in the Fortuna area for the report of a downed aircraft. The pilot stated he experienced mechanical problems and had to land the 1947 North American Navion Fixed Wing aircraft in the field. The plane had minor damage and the pilot sustained minor injuries. The Federal Aviation Administration and the National Transportation Safety Board were contacted. They advised the plane could be released to the pilot for removal.