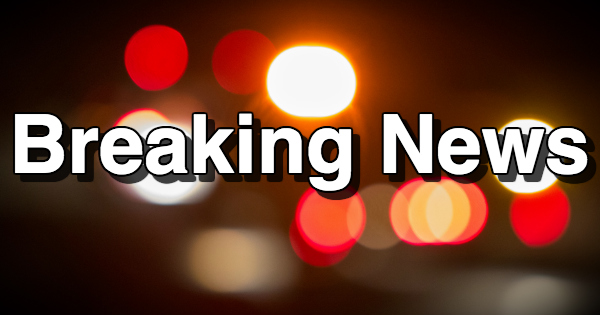 Scanner traffic at about 7 a.m. indicates a man shot a fellow employee and then himself in Rio Dell at the Caltrans building. Law enforcement and other emergency personnel are responding as quickly as possible.

UPDATE 7:31 a.m.: This is a paraphrase of dispatch speaking to officers on scene, ‘I have an employee who was on scene at time and went down to the river. He wants to make sure that it is okay if he reenters the workplace…he’s not able to come around the front. Is it alright if he comes up on the back.?’

UPDATE 7:32 a.m.: One ambulance crew reports working on a man with gunshot wound to the head.

UPDATE 7:43 a.m.: A second ambulance has been requested for the 1300 block of Eeloa Avenue for a person with back pain.

UPDATE 8:09 a.m.:  According to our local District 1 Caltrans public spokesperson Phil Frisbie, “That facility [in Rio Dell] is a District 4 facility. People working there are most likely to be District 4 employees.” We’ve contacted a spokesperson for Caltrans District 4 and they have promised to get back to us with more information.

Update 9:40 a.m.: From Caltrans Director Malcolm Dougherty: “News of this tragedy shocks and saddens everyone at Caltrans. Our thoughts naturally are with the families. The exact details are under investigation and Caltrans is cooperating with law enforcement.”

Where is the cal trans building in rio dell?

Guest
Nissan
Reply to  As

Eeloa dr past CC Market near the bridge.

Guest
Mary
Reply to  As

Does it really matter which District?

I imagine it matters to the family and friends who work there.

Yes. People have friends and family who work for Caltrans and it might be helpful to know.

Guest
the misadventures of bunjee
Reply to  Geust

It does to CalTrans and their employees families.

I looked up district 4 and that is in the bay area(Oakland). So I think this is still a district 1 station.

It should not matter which District.

my niece and her 3 little girls live next door

i live 2 blocks from there…my neighbor said she heard the gunshots….i didn’t even hear the ambulances, etc. so sad for the families left behind…

Sorry to hear about this.

It used to be postal workers. Is the new expression going to be “Going Cal-Trans”?

Really!! Then maybe we should just use the expression ” You’ve Been Schooled” too since there has been so many school shootings. Oh, or is that to dark?? Because what you have said is very dark for the family members that have lost their loved ones to any shooting, doesn’t matter what it is.

you know, i thought the exact same thing

Was the shooter deceased?

nothing about this makes sense. certainly not district 1. no mention of this on any news organization.

My husband works for Caltrans and so did my dad and my grandfather. I sometimes know things that leads me to ask the right questions.

what does this mean?
I’m not following you. ??

I asked about the Bridge crew being from a different district. That’s how I knew that. However, what I didn’t know then but do know now is that they had been stationed here for a long time. So much for knowing what questions to ask…

nothing about this makes sense. certainly not district 4. no mention of this on any news organization.

Because of near death experiences and a close relationship with my God, I understand things many other people don’t. I feel so bad for those of you that would lose your eternal soul over a mortal squabble. It is so sad. Humble yourselves before it is too late. And when you read a post like this…I know what some of you think. I wish you knew what I know…you are held accountable for EVERYTHING right down to the expressions on your face directed towards another. Don’t wait until judgement day.

You seem to understand exactly how it is going to be. Thank you for your wise words.
This is a horrific tragedy and should not be taken lightly.

As a Caltrans Supervisor, with friends and family members who are also employees I extend my condolences. Also the distasteful comment of ” Going Caltrans” is just as distasteful as “Going Postal”, these are families affected.

So sad. I’m so very sorry to the family’s. My heart felt condolences. Such sad times everywhere. We all need to help each other when in need,I know that’s alot to ask. But here behind the redwood curtain it’s always been special and the folks are giving and kind. I see it everyday,and boy do we see the bad. Their has to be away to get our EUREKA back! Maybe we need to form a special group to deal with these issues and handle it. I think we’re all feeling a little unsafe. Born and raised here,and we used to leave our doors unlocked too,for our friends and family travelers coming thru. I’m glad my Grandparents aren’t alive to see Eureka now.God Bless these families

G ma I so feel the same way you do born and raised here. Wtf is going on my son works for cal trans ,but he is home safe and sound he works in eureka ,but now this 2 cal trans workers I hope it isnt one of my friends the women that was killed.

Glad your son is safe. Such a sad thing. Our community is really under the mercy of crimanals,gives me the willies!! I’m praying for everyone involved in this. And your friend! God Bless

So very sorry to read this report. Prayers for all involved esp families who have to deal with this horrible action. God Bless all.

So sad to hear. Thought and prayers to ALL CT workers and their families. Condolences to those families of the deceased, and prayers also.

I think it was my friend if her named is Annette ill wait for the official word .If so i do sorry my friend RIP im so sick of saying RIP

Oh I’m so sorry about your friend. I was hoping for a better outcome. Sending prayers your way as well🕊

anytime there is a death it is tragic but what many don’t think about is that the tragic also flows onto the families of the person who murders another person. Making fun of the murderer is very hurtful to both families as well.
so please before you put your foot in your mouth stop and think about those who are remaining behind. They all have feelings.

I would like to give a special mention , to first responders. This is what they had to see as their first sight of the day; do their best to keep their composure, while doing their job. We often forget, that their are people who see what we do not, and they are also very affected by it.

The strains grown and developed around here form the genetic...

I think the ownership is a Dutch dairy group. But it is sti...

Letter Writer Offers Review of Book About the U.S. Involvement in the War in Ukraine

It’s called isolationism. The USA had pretty much liv...