With 11 Exceptions, Plans to Clear Palco Marsh of Homeless Given Go Ahead by Judge 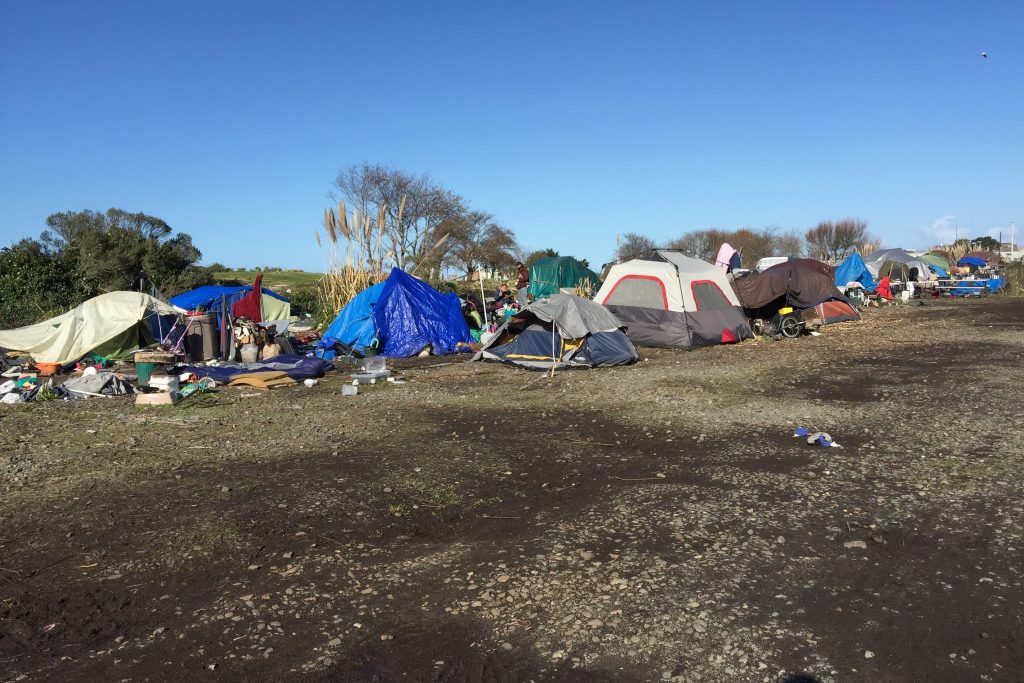 A Federal judge has ruled that the plan to clear the homeless from their camp in the Palco Marsh will go ahead as planned early next week with a slight exception for the 11 plaintiffs in the suit. According to the first part of a press release from City of Eureka,

On March 18, 2016 the City set a date of May 2, 2016 for individuals camping in the Palco Marsh to leave the area. On Monday, April 25, 2016, a complaint in the United States District Court, Northern District of California, Oakland Division Case No. 16-cv-02239-JSW was file on behalf of 11 individuals. Federal Judge Jeffrey S. White heard arguments today regarding the complaint and is allowing the City to move forward with the operation plan to clear the Marsh on May 2, 2016. Those illegal campers remaining will risk arrest. The City will assist the 11 plaintiffs to identify shelter and manage their property.

Though the City of Eureka’s press release does not address this, according to the North Coast Journal, Judge White granted the restraining order of the 11 individuals who were the plaintiffs. He then asked the attorneys for both sides to come up with a proposal that would “either allow the plaintiffs to remain in the marsh after the evictions or provide that the city will find a different shelter option for them that is agreeable to all parties.”

The press release from the City of Eureka concludes,

Beginning on May 2nd through at least May 6th 2016, the waterfront greenbelt areas between Truesdale and West Del Norte Streets west of Broadway will be completely closed to all pedestrian bicycle, or vehicle traffic. This closure is due to the planned police enforcement and property maintenance operation being conducted during that period.

Unauthorized person(s) entering this police operational area will be subject to arrest upon entry. Any illegal campers still remaining in the Palco Marsh area will be subject to arrest. All entrances to the area will be monitored and entry restricted. All remaining illegal campers in the marsh are urged to seek services or temporary housing from one of the many service options A special fair will be held at the foot of West Del Norte Street on May 2, 2016 from 8 am until 5 pm.

Camping in any City park or greenbelt is prohibited. Anyone who notices camping in a City greenbelt or park should contact the Eureka Police Department. EPD and City staff will respond to calls for camping within the City of Eureka as time allows.