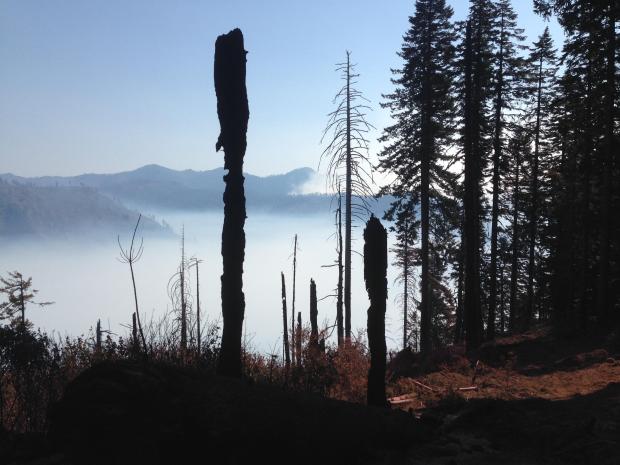 Since the fires began we’ve been keeping you informed. Today’s big news is no new growth is expected on any of the Humboldt Lightning Complex Fires though the Lassic Fire from the Mad River Complex continues to expand into the county.

As we update each incident until late evening, we’ll note the time the facts were posted so you can quickly see if there is something new. Look for the most recent general updates on the bottom but new information for individual fires is posted in the summaries below in blue.  (Newest maps of the fires here.) Those that have expanded 20% or more will have their acreage in red bold type.

Here’s our tools to keep you abreast of what’s happening:

Newest Info: Next, the twitter feed near the bottom right of our home page is continuously updated with the latest tweets from Cal Fire, other local news organizations, the National Weather Service, etc.

Past Info: Reminder, at the bottom of this post under Earlier Chapters are links to our previous coverage. Much of it still very relevant. Particularly note our newest fire maps.

Don’t miss a post: In our right hand column is a subscribe box (for those accessing on mobiles, scroll down to the bottom and the box is just above recent posts.) Fill that out and a link to every story will appear in your email.
————————————

UPDATE 9:44 a.m.: As usual Terri Klemetson from KMUD has outstanding coverage of the Humboldt Complex and the Lassic Fire. Here’s her Facebook post.

Multiple spot fires popped up on several fires in the complexes burning on the @SixRivers and @ShastaTrinityNF. pic.twitter.com/Lhk1mpZzun