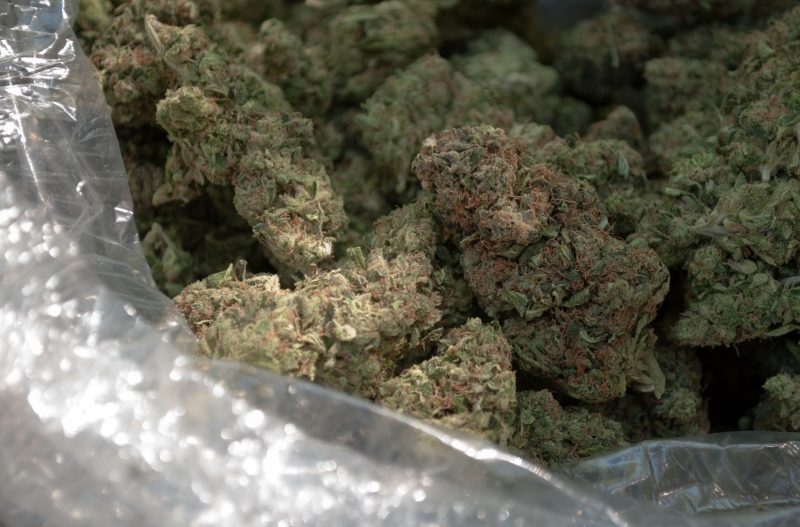 The Kristine Constantino residence where the double murder occurred showed “evidence of a marijuana operation ” according to the Trinity County Sheriff’s Dept. which sent the following Press Release: (see earlier posts here and here)

911 asking for help. The 911 call was made from a cell phone so the call went to the Humboldt

Kettenpom Store requesting medical for Norma Gund who had been stabbed. A second 911

he had been stabbed and needed medical also.

Gund went to check the residence of victim Kristine Constantino. Norma Gund went up to the

personal vehicle and drove to the Kettenpom Store. Mr. Gund was able to take the knife from

Gouverneur and left the residence on foot. While Mr. Gund was enroute to his residence he

plates. Once Mr. Gund reached his residence he drove himself to the Kettenpom Store in his

Victims James and Norma Gund were transported to Garberville Hospital via ambulance. James

Gund was released from the Hospital on March 14, 2011. Norma Gund was transported to UC

Davis Medical Center in Sacramento, California for surgery relating to stab injuries and is listed

in stable condition at this time.

Once Officers arrived at the residence, two victims Kristine Constantino and Christopher

Richardson were located in the residence and both were deceased. While Detectives, Deputies

residence they discovered evidence of a marijuana operation.

was possibly driving a teal green vehicle with Oregon plates. This information was relayed to the

description of suspect Tomas Gouverneur’s vehicle. The driver of the vehicle failed to stop and

Highway 101 South. Gouverneur was pronounced dead at the crash scene.

On March 16, 2011 Trinity County Sheriff’s Office Detectives and the California Department of

Justice travelled to Ukiah, California to attend the autopsy of Tomas Gouverneur. It was

preliminarily determined that Gouverneur died of blunt force trauma to the head, however

occurred in Kettenpom. Located in the vehicle was identically packaged marijuana which was

also located at the residence in Kettenpom. The marijuana was packaged for sales. Also

located in Gouverneur’s vehicle with the bag of marijuana was cash. Other items of evidentiary

value were found in the suspect’s car and on his person. These items are not being release

due to an ongoing investigation.

An autopsy was performed on March 15, 2011 for victims Kristine Constantino and Christopher

Richardson. The cause of death for both victims is pending the pathologist’s report.

and his wife, Norma Gund.