County Cannabis Cognescenti Begin to Shout Like Horton's Who's 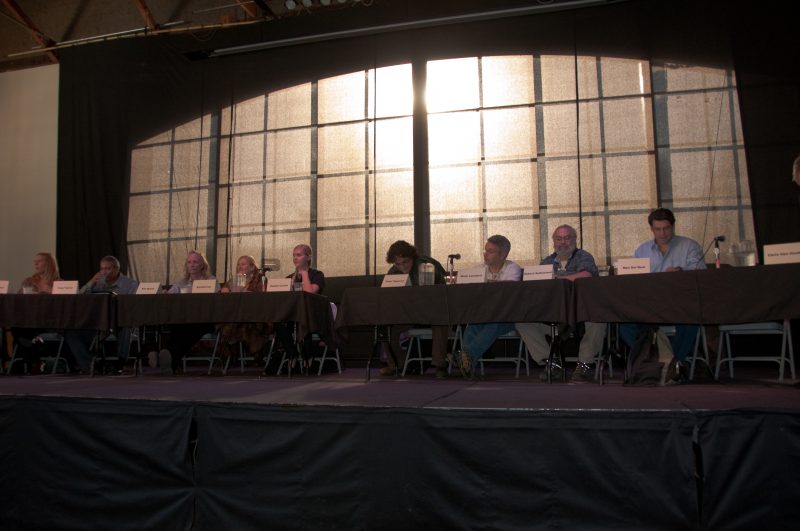 Prop. 19 didn’t pass–so why the gathering of the cannabis cognoscenti at a the Hempfest forum at the Mateel Community Center?  Initiatives for 2012 are already being written, that’s why.  Next year at this time signatures will be scribbled onto petitions and by March 2012 at least one initiative to legalize marijuana will be on the ballot.  The conversation on what needs to be on the initiative has to happen over the next year.  If you didn’t like 19,  better make sure that what issues are important to you are represented fairly.  Like the Who’s in Horton’s Whoville, the tiny minority of voters in the Emerald Triangle has a limited time to make enough noise to change their fate.

One of the most important themes was the need to support small growers though what a small grower is wasn’t defined.  (A very wise man once said a large grower is anyone bigger than you are.)  But the parameters were explored with a one question survey presented at the door of what should a plant canopy size limit be.  Chris Van Hook made the well received point that a number of small growers multiplies the amount of money reaching out through the community more than the money from just a few large corporate growers.  This is called the multiplier effect. In this case it means that small growers are more likely to spend and invest locally which in turn benefits other local businesses. And studies show that

$100.00 spent at a national retailer yielded a return of about $15.00 to the local economy. However when that same $100.00 is spent with a local retailer it returns about $45.00 or 3 times as much income to the local economy. When further defined, these returns from the national chain store were usually in the form of lower-level service job wages. Many factors are at work here. The large national chain store doesn’t buy local services or goods in most cases. On the other hand the local store does use local services such as accountants, bookkeepers, advertising, legal services, possibly office supplies and many other small incidental expenses.

Robert Sutherland mentioned the study from the Netherlands (originally pointed out at another forum by Ellen Komp) which discovered that the best way to reduce crime surrounding cannabis was to have small mom and pop growers  (large growers can be more easily swept up into cartels etc.  It is much harder to intimidate and control numerous smaller growers.) *Syreeta Lux pointed out that marijuana is the only industry where EVERYONE makes a living wage.  To my mind, this is in good part because small growers often hire neighbors, friends, and family and are reluctant to exploit them.

The consensus was that legalization is coming.  The county has one year to make input into legalization initiatives and then one year to support the one best for this area.  All the voters in the Emerald Triangle together barely have less than one percent of the voters in California.  To make our needs known, we need to be an organized force.  We have a less than a year to gather data and decide what is best for us and get it written.  Then we have to make sure the rest of California pays attention.

The tiny Who’s on Horton’s dust speck barely managed to be heard and that was in a children’s book where happy endings are practically required by law.  Will the Emerald Triangle manage to get its needs heard?

Why don’t you add your voice and help?

*I plagiarized liberally from Mikal Jakubal’s Twitter feed about Hempfest. What you don’t follow him on Twitter?  Go do it now!  He sends frequent pithy updates from local cannabis events. He seems to know how to capture the high points of every experience.  He points out a plethora of other important ideas that were worth looking at.

UPDATE: link to Mikal’s blog post in which he likens writing legislation to deal with marijuana to ““Texas sharpshooting,” where you fire repeatedly at the side of a barn and then draw a target around the biggest cluster of holes. The holes here are in the ground, fertilized with chicken manure, scattered around on the thousands of small pot farms throughout the hills of the Emerald Triangle. The best ordinance is the one that works for the most people and will therefore generate the most compliance.”

I would certainly like to see a decriminalization proposition.We could get that passed,I would like to think. Then at least all those ‘innocent’ people wouldn’t be going to jail, and we would not be paying for a huge prison system and for police spending time on bulls—. Legalization will come….I vote for lots of mom and pops contributing to the local economy. I doubt that will be the case.

Humboldt County would do itself proud to openly support the complete and unconditional decriminalization of marijuana, and from itself offer no alternative or compromise. If the state or federal government proposes otherwise, so be it. Residents of not just humboldt will follow suit and do their own thing as they’ve always done…

You even hear cops saying it “I wish they would just make it either completely illegal or completely legal”…the moral weight isn’t just on the people’s shoulders, and crimes of ganja are widely recognized as very costly yet negligible.